This part of Chianti, largely covered in woods, has always been farmed with vineyardsand olive groves being the only cultivations fitting well in this land. A territory with a long history and an old vocation in the production of great wines. We find trace of this in 1716 when Cosimo III de Medici, Great Duke of Tuscany, stated with an edict which areas had the most valuable productions of fine wine and quality olive oil. This edict recognized 4 areas, Chianti center (between Panzano and Greve), Carmignano (west of Florence), Pomino (east of Florence) and the Val d’Arno di Sopra (the western and eastern hills along the Arno river between Florence and Arezzo, where Petrolo belongs) .

This vocation was confirmed one century later in 1834 by agronomist Giorgio Perrin, owner of Petrolo and member of the Accademia dei Gergofili of Florence. He celebrates Sangiovese and this land, especially that spot called Campo Asciutto (now Bòggina), explaining how it was common use at the time planting “French grapes” in Chianti to combine with Sangiovese, by virtue of a soil that manages to prevail over different varietals.

The Estate was acquired in the 40’s by the family Bazzocchi that followed up the tradition of carefully producing high quality wines with utter commitment. The pecularities of this area add to its value; the land of Petrolo, where vineyards, olive groves and woodscoexist, living side by side, forming with the soil a rich ecosystem that contributes to perfectly balance the different grape varieties. 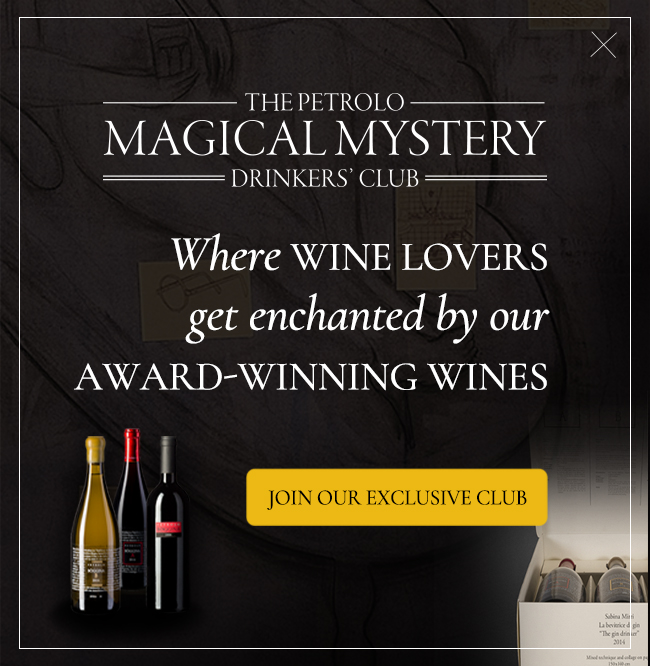